What’s the best way to get out of debt? 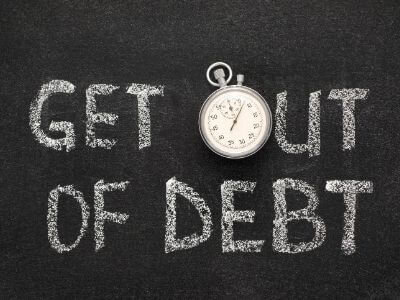 Years ago, the best (and only) advice I received for paying off debt, was to pay more than my minimum payments. That was it. No additional details.

Despite limited information, I took the advice and every month I would add an extra $100 onto my payments, but with no real strategy. I felt like it didn’t make a difference, over time there was no noticeable progress and I didn’t see the point.

Eventually, I stopped putting the extra money toward debt, because it seemed more useful in my pocket and decided to focus on just saving money instead of getting out of debt.

I wish I could go back and tell myself what I know now. That if you have debt, there is a right way and a wrong way to pay it off, and you can do it faster than you think. It’s all about finding the strategy that will work best for you.

If you’re ready to commit to becoming financially free, there are two simple methods to choose from: the Debt Avalanche and the Debt Snowball. We’re going to discuss the pros and cons of both methods so you can decide which approach you connect to the most.

First, it is important to note that both tactics work similarly, in that you will focus all financial efforts towards paying off one debt at a time, while only paying minimums on other debts. This is crucial to your success and consistent progress toward your goal vs. simply paying a little more than the minimum on all of your debts at the same time. The difference between the two approaches is in how you prioritize and choose which debt to start with on your journey to financial freedom.

If you’re an analytical, number cruncher type, The Debt Avalanche might be for you. This is mathematically the best way to get out of debt with the goal of paying the least amount of interest in the process.

How the Avalanche works:

The Debt Snowball is all about playing into the human brains love for “small wins” that keep you motivated and consistent. Envision a snowball rolling down a hill. At first the snowball is tiny but as it continues down the hill it picks up snow and speed.

How the Snowball works:

The reason why the snowball is so popular is the effect seeing progress has on your mindset. Getting a win early on simply gives you proof that it is possible and helps you get motivated to do it again for the next debt and the debt after that and so on.

The downside to the snowball is that you will pay more in interest than with the avalanche, but depending on how intensely you go after your debt, it might not be by much. Regardless, you will get out of debt faster and pay less interest using the debt snowball than if you continued to just “pay more than the minimum”.

Which method is best for you?

When it comes to picking a method it’s important to know yourself. For someone who is disciplined and loves math the Debt Avalanche can work, but it is more difficult to stay motivated if your highest interest rate is also your highest balance.

Because of the effect the Debt Snowball has on your mindset, we recommend most people to use this method. It feels good to see your smaller debts go away quickly, and really make a dent in your debt which results in a higher likelihood of following through and reaching financial freedom.

Whatever method you choose, make a contract with yourself to stay focused and you will get out of debt.

*A quick note about paying more than your minimums.

Whatever approach you take, when making additional payments be sure to indicate that the additional amount above the minimum is to go towards the principle, not a future payment.

Are you interested to see how long it takes to get out of debt using both methods? Here is a link to a great tool >> Debt Calculator.

Now I’d like to hear from you! Tell me which method you want to try in the comment section below.